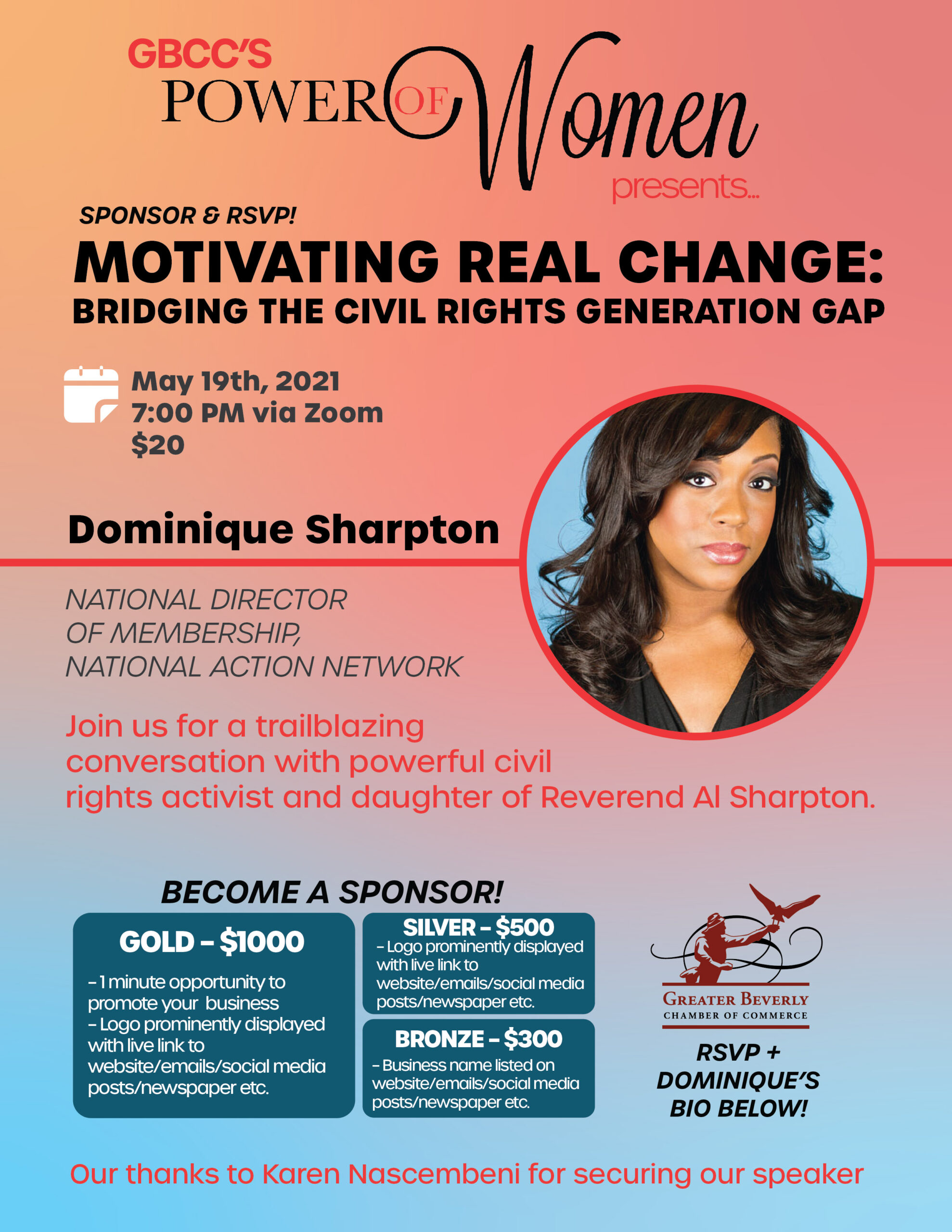 DOMINIQUE SHARPTON Is an actress, producer, and activist. She currently serves as the National Director of Membership for over 100 chapters at NAN, National Action Network, and is senior advisor to NAN’s Youth Move and Youth Huddle. She has starred in NY regional musical theater productions and currently produces NAN’s Saturday action rally radio broadcast live on WLIB-1190am (radio) and nationally on Impact television. She was recently profiled in “NY Daily News”  for being a young activist walking in the footsteps of her father, Rev. Al Sharpton.

She studied theatre and communications at Temple University and completed the integrated program at the American Musical and Dramatic Academy conservatory for theatre and music in New York City. She is a graduate of the University of Massachusetts where she has a bachelors degree in arts education. She has been honored among “Who’s Who of American Scholars”, The Trayvon Martin Foundation, Black women in Media, Phi Beta Sigma, and many other organizations for her dedication in her generation to furthering the agenda in the fight for justice and equality for all. She has produced many productions that captivate and culminate cultural achievements recently including the 50th anniversary of the March on Washington, Broadway World’s Celebrating Black Music on Broadway, and National Action Network’s Triumph Awards on Tv ONE. She is a member of The Links INC., and The Greater Allen AME Cathedral. She is the proud mother of Marcus Al Sharpton Bright II and resides in Brooklyn, NY.