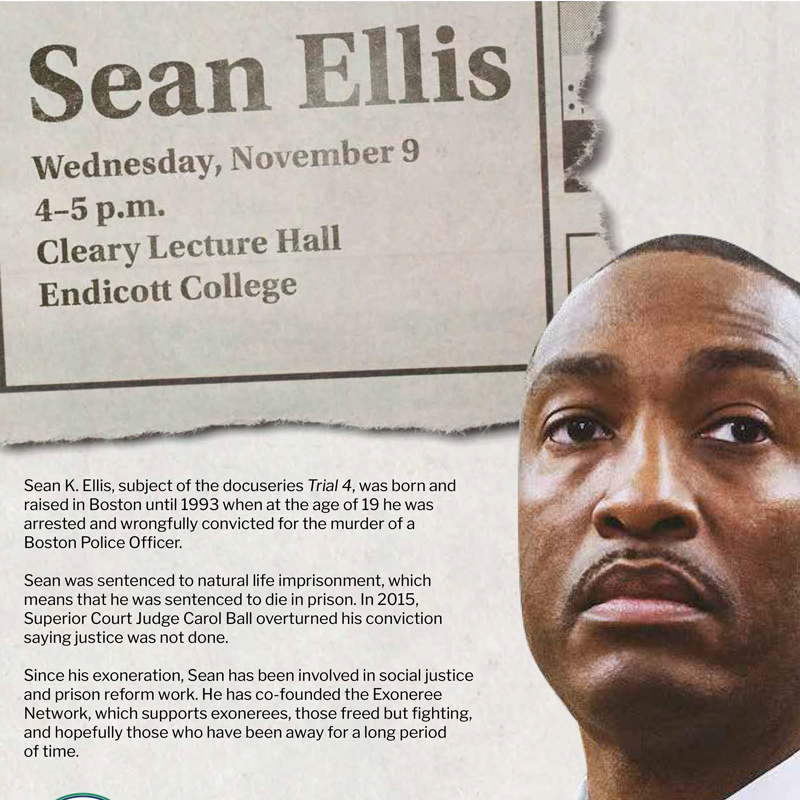 Event is 4-5 PM on November 9, 2022.  Sean K. Ellis, subject of the docuseries Trial 4, was born and raised in Boston until 1993 when at the age of 19 he was arrested and wrongfully convicted for the murder of a Boston Police Officer. Sean was sentenced to natural life imprisonment, which means that he was sentenced to die in prison. In 2015, Superior Court Judge Carol Ball overturned his conviction saying justice was not done. Since his exoneration, Sean has been involved in social justice and prison reform work. He has co-founded the Exoneree Network, which supports exonerees, those freed but fighting, and hopefully those who have been away for a long period of time.